Arminia Bielefeld take on Werder Bremen in the Bundesliga on Wednesday after last month’s scheduled meeting between the two sides was postponed due to heavy snowfall. Avoiding defeat is never a bad outcome for Arminia given that they are averaging less than one point per game in their first season back in the Bundesliga, but Frank Kramer may have considered Sunday’s 0-0 draw against a Union Berlin side missing several first-team players as a missed opportunity in his first game in charge.

The 48-year-old, who has previously managed Greuther Furth and Fortuna Dusseldorf, replaced Uwe Neuhaus last week with the unenviable task of keeping Arminia in the division.

In truth, his side never really looked like beating Union Berlin, with the visitors enjoying greater possession and Marius Bulter and Keita Endo spurning a couple of decent chances in the second half.

With two tough games against Bayer Leverkusen and RB Leipzig following Wednesday’s game in hand against Bremen, Kramer will certainly be looking for his first win, which would take them out of the relegation zone and above Hertha. 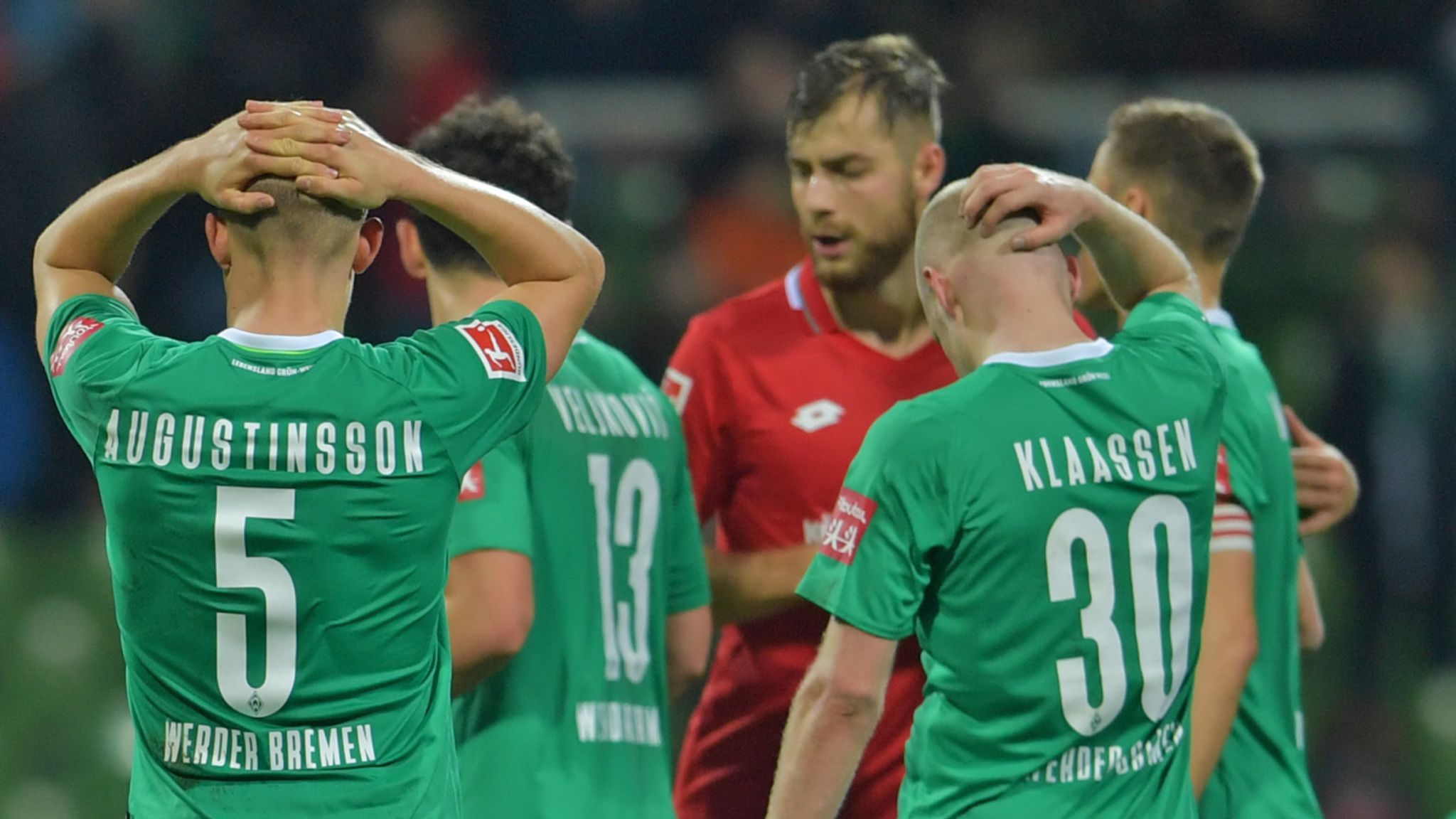 Bremen will certainly have something to say about that, though, having lost only one of their last six league games to move nine points clear of Arminia and the relegation zone.

Florian Kohfeldt‘s side were seven minutes away from achieving two consecutive victories having led through Joshua Sargent‘s goal after the hour mark in Cologne on Sunday, but substitute Jonas Hector struck to earn a 1-1 draw for FC Koln.

However, Kohfeldt will sense an opportunity to put any concerns of being involved in another relegation battle firmly to bed by beating Arminia on Wednesday and moving 12 points clear of danger with only 10 games remaining.

The 38-year-old will certainly be demanding that his players retain the ball more effectively, though, having had only 31% possession in both of their last two matches. Equally, Kohfeldt may be content for his side to hit Arminia in transition should they find themselves behind the ball, particularly if they can manufacture a lead to hold onto.

Arminia may be without Sergio Cordova and Cebio Soukou with minor knocks, but both should return to first-team action this month.

Should Cordova be ruled out of Wednesday’s match against Bremen, Ritsu Doan is likely to return to the starting XI, having only been used from the substitutes’ bench in the weekend’s draw with Union Berlin.

Bremen, meanwhile, will likely travel to Bielefeld without Michael Zetterer due to an elbow injury, but otherwise Kohfeldt looks to have a clean bill of health to select from.

The 38-year-old may be tempted to freshen things up after Sunday’s draw with Koln, but is more likely to go with the same XI again.

Prediction: Arminia Bielefeld to score 1+ (one goals or more)

A crazy 3-3 draw at Bayern Munich aside, Arminia are desperately struggling to score goals at present, with Bremen generally representing a stubborn low-block opponent under Kohfeldt.

The Germans are counting the hours until they see football again! With them, and the rest of Europe

Analysis: Dortmund – Schalke, the perfect derby for the restart of the Bundesliga